Coming out of an abusive relationship… with my job 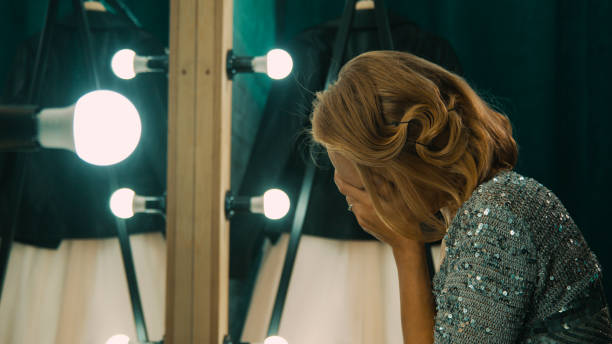 The dark side of the acting business is unexposed.

This is probably the most complex topic I am addressing now, and I have been procrastinating for weeks since I started to think about this. Finally, it needed to sink, and I needed to admit it. 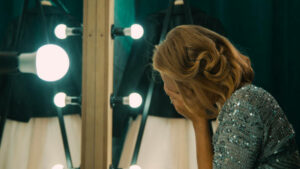 It is no secret that show business has dark sides and is highly competitive. Still, most youngsters aspire to become actors, movie stars, celebrities, or famous. So I’d like to dig deep into why most fail, as it is not easy to detect the nuances when ugly things happen underneath a shiny surface.

I was born in Hungary during socialism, so I speak from this point of view and induct conclusions based on my 25 years of experience of being a model and an actress. Of course, these professions have significant differences, but they are both the same in one aspect: they are solitary lifestyles.

Without entering politics and philosophy too much, I’d like to state that in this post, I refer to socialism as a theory of favoring group ownership instead of private ownership. Ownership in the sense of not only materialistic things but also as common sense. Just like prehistoric people used to hunt in groups, dividing tasks among each other, humans have been anthropologically conditioned to cooperate and share for millions of years. Today’s capitalism, however, is the exact opposite: it favors private ownership of capital and goods by single individuals triggering competition and distrust even within the same group and its members. While in history, people used to battle and enter into war collectively in groups, today we find ourselves in solitary fights, sometimes against the entire society, having to look out for enemies even on our field.

THE NEED TO BELONG

The need to belong somewhere is a necessity for every human being. Because essentially, all we do, serves just one purpose: to be loved. Individualism is a relatively new creation of the modern western world, as the development of liberal values. Capitalism and individualism go hand in hand as the first is a system, while the latter is its ideology.

As a filmmaker and an actress, my responsibility and job are to enter into projects (groups) for a specific purpose and a predefined amount of time. Projects, and films, are always temporary, transient, and momentary. When on set, we finally experience that we belong to a group and share one goal: to make the best movie possible and have a great time jointly. It is hard to describe the feeling of heights when joining a film set. We feel high, welcome, accepted, appreciated, excited, divine, open, vulnerable, invincible, and safe. We feel safe because we are surrounded and protected by others and because our need to belong is met. The problem is that each project eventually ends, and we are forced to leave and desert this safe zone again and again repeatedly. In between projects, our Sense of Self, as an individual, slowly takes over again to survive, replacing the previous collective mindset. As a result, we find ourselves alone and disoriented until we find a new project that we can participate in. These transitioning and unstructured times, long waits, and no sense of belonging are why we artists often lose balance.

The key to success is to handle these hardships in the long run, and a mentally strong professional’s job is to defy these challenging times and use them in a way that serves them right.

THE BIGGEST MISTAKE I COMMITTED…

When I was younger and eager to prove my worth to the world, nobody told me that I should never consider booking a role as a final goal because that is only a short-term fix for my need to belong and be loved. So after each project, I found myself back into my individualism, fighting against the world, competing at castings for roles, lacking the most basic human condition of belonging, and, therefore, persuading a new project again… The cycle.

When fantasizing about being an actress as a child, I always imagined myself being looked upon without realizing that these were only moments instead of a continuous state. The good feeling of outstanding performance, a successful rehearsal, applause, good reviews, or awards can only last as long as you experience them and will fade as soon as you step off the red carpet.

ANOTHER DARK SIDE: COMPETITION BETWEEN INDIVIDUALS

Competition between individuals is not healthy. But unfortunately, in the film business, we are constantly forced to compare ourselves to one another instead of what we were meant to do: join forces and build something together.

Keep in mind that:

There are many ways to keep one’s mental health when out of work or transition without having to fix the cycle with another project temporarily again.

Coming and going in and out of projects lacking stability, control, and trust that pushes us toward further competition, dealing with rejection and injustices alone, and feeling helpless and powerless are remarkably similar experiences to what we call being abandoned and abused.  The good news is that You can defy and overwrite these phenomena if you know how to.

EVEN IF YOU FEEL ON A DOWNHILL OR IN A SPIRAL,

KNOW THAT YOU ALWAYS HAVE A CHOICE.

If you are a performer going through difficult times, book your free personal call with me here, or join my secret Facebook group called Established Actors Mentoring for free.

We use cookies on our website to give you the most relevant experience by remembering your preferences and repeat visits. By clicking “Accept All”, you consent to the use of ALL the cookies. However, you may visit "Cookie Settings" to provide a controlled consent.
Cookie SettingsAccept All
Manage consent

This website uses cookies to improve your experience while you navigate through the website. Out of these, the cookies that are categorized as necessary are stored on your browser as they are essential for the working of basic functionalities of the website. We also use third-party cookies that help us analyze and understand how you use this website. These cookies will be stored in your browser only with your consent. You also have the option to opt-out of these cookies. But opting out of some of these cookies may affect your browsing experience.
Necessary Always Enabled
Necessary cookies are absolutely essential for the website to function properly. These cookies ensure basic functionalities and security features of the website, anonymously.
Functional
Functional cookies help to perform certain functionalities like sharing the content of the website on social media platforms, collect feedbacks, and other third-party features.
Performance
Performance cookies are used to understand and analyze the key performance indexes of the website which helps in delivering a better user experience for the visitors.
Analytics
Analytical cookies are used to understand how visitors interact with the website. These cookies help provide information on metrics the number of visitors, bounce rate, traffic source, etc.
Advertisement
Advertisement cookies are used to provide visitors with relevant ads and marketing campaigns. These cookies track visitors across websites and collect information to provide customized ads.
Others
Other uncategorized cookies are those that are being analyzed and have not been classified into a category as yet.
SAVE & ACCEPT

You have Successfully Subscribed!